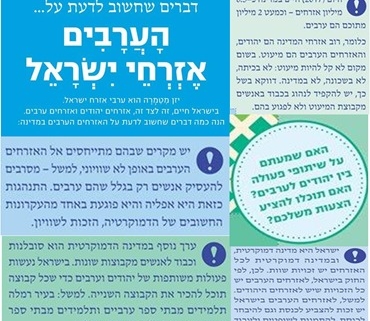 The Israeli NGO, Sikkuy, has published a brief report in Hebrew, Arabic and English on the depiction of Israeli Arab citizens in the textbooks used by Jewish Israeli schools.

IMPACT-se welcomes many of Sikkuy’s policy recommendations, including the need for more representation of Israeli Arabs/Palestinians in the Israeli Hebrew curricula.

The report is highly limited in scope, depth, and comparative perspective, based on only eighteen elementary and junior high school textbooks.

This is, as Sikkuy states, a report based on samples from textbooks covering just five subjects: Hebrew language, mathematics, science, English and homeland/geography. There are many hundreds of textbooks in the Israel curricula. Despite the apparently serious policy recommendations that are made, this limited research cannot be characterized as an empirical study. As such, much more research is required.

That said, we agree that Israeli Arabs (and other underrepresented groups) should as a rule be represented more fully and positively. The public conversation on this issue must lead to a clearer policy from the Ministry of Education.

Why an IMPACT-se Review?

IMPACT-se’s methodological standards derive from UNESCO and UN declarations, recommendations and documents on education for peace and tolerance. Our approach is designed to take into account every detail within the textbooks; it does not paraphrase, rely on interpretations, or attempt to illustrate preconceived notions. IMPACT’s studies encompass many curricula across the region and beyond.

In high school books, there are far more examples, explanations and lessons on the Palestinian “Other,” often discussed in some depth. —IMPACT-se

These representations do appear in other subjects/grades including: civics, geography, history, Israel studies, Israel thought, Jewish-Israeli culture and others. —IMPACT–se

The report focuses on one Hebrew language textbook, which covers Jewish holidays and events with no mention of the Arab holidays. (Yet Arab holidays are clearly taught in other textbooks. —IMPACT-se.)

The report is critical about the way in which Arab locations are represented on maps; the few math textbooks examined depicted travel between various towns in Israel though not one of them included a destination that was clearly Arab in character.

In a warning about picking wild plants, there is no mention that these plants are used in the Arab kitchen, as a part of the Arab culture. (Sikkuy Hebrew report; no mention of this in English report.)

In another text there were two passages with statistics about Jewish society in Israel, with no mention of Arab society. (Sikkuy Hebrew report; no mention of this in English report.)

Texts for the study of English also serve the Arab school system and hence the instructions in these books are written in both Hebrew and Arabic, but neither includes images of Arabs or Arab places. (These are included in high school textbooks —IMPACT-se.)

We support Sikkuy’s call for inclusivity, joint activities, and respect for diversity among the various segments of Israeli society. Additional representation of Israeli Arabs presumably could enable them to more fully take advantage of all the opportunities offered by the State of Israel. More translations from Arabic and other regional languages, including those of repressed minorities in the region is certainly an issue that must be addressed. Israel can certainly do more to integrate culturally with the surrounding region.

IMPACT-se certainly agrees that the Israeli curricula in their many forms need to continue evolving. More can and should be done on various levels to create integrated environments of inclusion for all segments of society, including its diversified Arab Israeli population. IMPACT for its part will continue to support those positive efforts, while criticizing those which lead children away from peace, tolerance and recognition of the Other.

Though not the place to elaborate on comparative issues, our research has shown Israel to be above the curve among advanced countries in allowing and recognizing minority expression. Still, we recognize there is always room for improvement. 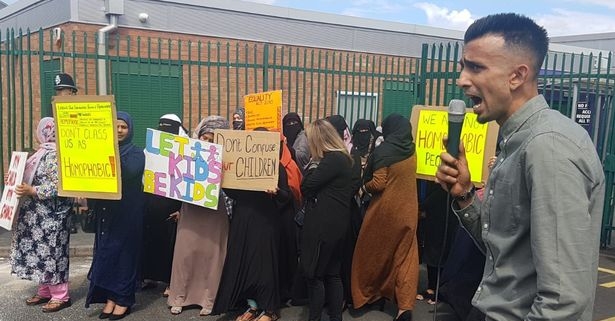 “Britain has always been a tolerant and diverse society. We have welcomed those from different races, faiths and ideas for many centuries. Some feel it is not age-appropriate to teach primary children about LGBT families. But we must remember that many primary school classes have pupils with two mums or two dads. We all agree that those children, their parents, and the teachers in their schools deserve the same kindness and respect as everyone else. Our curriculum changes are about making sure all children leave school as happy, well-rounded individuals, who can form strong, committed and healthy relationships throughout their lives – that is something we can all agree on.” Complete Article HERE 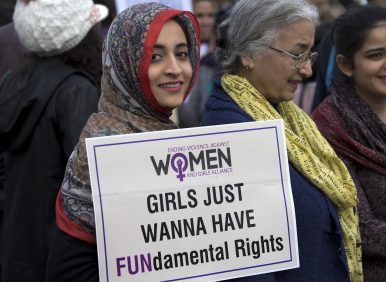 The Taliban’s growing role in shaping Afghanistan’s future poses serious risks for Afghan women, who stand to suffer the most from the group’s resurgence. At the threat of losing the minimal human rights they have acquired since 2001, women must urgently find a way to participate in fragile peacebuilding processes. Promisingly, they can look across the border to Pakistan for lessons in peacebuilding at the grassroots level. In Pakistan, women successfully navigated a similar situation against the Taliban and other violent terrorist groups. Despite specific differences framing women’s participation, the contextual similarities between the two countries lend credence to the effectiveness of a comparable approach.
Complete Article HERE 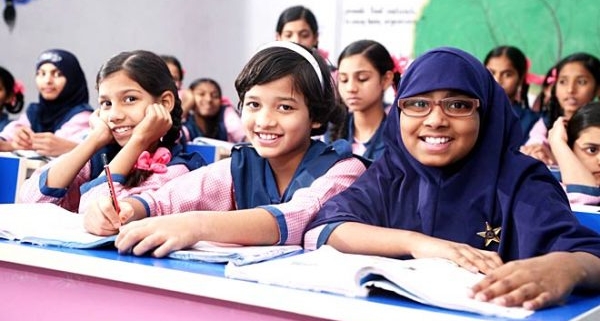 It is all about being happy. If education can’t give you happiness, what is the point? This pertinent question appears to have inspired the Telangana Minorities Residential Educational Institutions Society (TMREIS) to come up with an entirely new concept. From the forthcoming academic year, the ‘Happiness Curriculum, the Joyful Connect’, a value-based curriculum will be introduced in its residential schools. The new curriculum is aimed at transforming students into responsible, caring, and contributing citizens, besides helping them stay motivated and happy.   Complete Article HERE

AAB (The Needs of Life) is a non profit organization operating in Karachi that has, since 2008, supported and encouraged the fundamental right to education, health and basic rights, particularly for underprivileged women and children. Under the leadership of Shazia Asif Khan-–-a motivational speaker, trainer and human rights activist—the organization has created educational projects and worked toward better education and healthcare facilities, while helping to restore peace and tolerance, and human, civil and democratic rights. Complete Article HERE