I remember the day war broke out in my hometown in Nigeria—I was only five at the time. When we walked out, fire was everywhere. It was chaotic, and we tried to save as many people as possible. … I set my hopes for a more peaceful life in the U.S. However, after residing in Los Angeles for several years, I realized it can also have its dangers. … Honestly, I didn’t come to America to be afraid that I’m going to get shot, but it’s gotten to the point where I have to protect others from getting shot. Knowing firsthand how traumatizing violence is, I want to be part of the solution to end it, so I volunteered to teach about peace for International Women’s Peace Group (IWPG)…. Complete Article  HERE 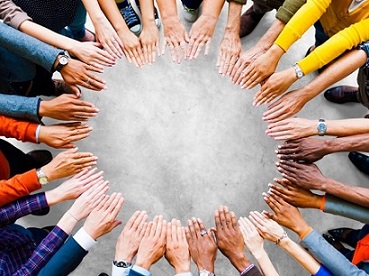 Events such as the Christchurch massacre have sparked a fresh conversation over religious studies in our school system. … On the more violent end, says Douglas Pratt, an honorary professor of theology at the University of Auckland, religious naivety can suck people—young people in particular—into more fundamentalist forms of religion, “which become highly prejudicial and feed forms of extremism.” “So, you have increasing and competing polarizsations of extreme views, either saying this religion is the only right religion and others saying all religion is wrong, and any sense of a middle ground, seeing values within the religious sensibility and structures, is missing. …”  At the same time, there are growing calls for more education about religion—as distinct from religious instruction—to be included in the school curriculum. Complete Article HERE

The nation’s pupils will start feeling the effects immediately of the appointment of Bayit Yehudi leader and Yamina Knesset candidate Rafi Peretz as education minister with the start of school on Sunday. The most significant change that Peretz already succeeded in making to the curriculum is that the Jewish Nation-State Law will be taught in Gr. 11 to all sectors of the population. It will also be on matriculation examinations, so pupils will not be able to bypass the information taught about the law. But opponents of the law said it is especially insensitive to require Arab and Druze students to learn about it.   Complete Article  HERE