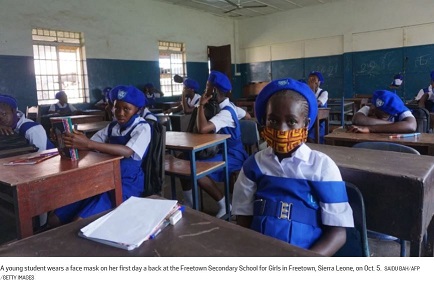 When Adelaide Tsogo Masenya was six, she switched primary schools. Her local school, Dr Knak Primary School, in the poor Johannesburg township of Alexandra, only taught in her native language of Sepedi. Her new school, Marlboro Gardens Secondary School, had an English-only curriculum. Years later when she asked her mother, a cashier who only had a primary school education, why they had moved her, her mother replied, “You actually asked me to take you to an English school.” Even at such a young age, Masenya, who is now 30, had enough agency to understand the importance of education for her future. Masenya went on to attend university in Johannesburg—later working both in human resources and as a secondary school teacher. She was also awarded a Chevening scholarship to obtain a master’s degree in education and development at University College London, something that likely wouldn’t have been available if she had not had access to a good recognized university for her undergraduate degree. “Education has taken me to places where I never thought as a young Black girl from Alex I would reach,” she said… Complete Article HERE