When COVID-19 closed schools in Basra, southern Iraq, the academic prospects for many schoolgirls were put at risk. The 2,570 primary school children from Basra’s Shatt al-Arab district who are involved in the trial project from the UN Children’s Fund (UNICEF) and the World Food Programme (WFP), receive a cash stipend to support their education. “This will help me achieve my dream of becoming a dentist,” says 12-year-old Baneen, whose family were able to buy her own mobile phone with the money from the programme: mobiles phones were a popular choice amongst the families involved in the project. “The mobile phones have been helping with online study”, explains Principal Zainab Karim, a headteacher in Basra. “Many schoolchildren live in the same home as several other children, and share the same phone as their moms and dads. The students benefit from having their own phones. If they don’t need a new one for e-learning, the families can use the money to pay for transport, daily expenses, or clothing.”  Complete Article HERE 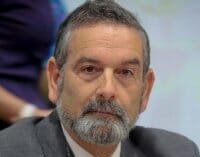 The Georg Eckert Institute for International Textbook Research recently completed its research of 174 Palestinian Authority textbooks and 16 teachers’ guides for 2017–20, grades 1-12, plus an additional seven textbooks published by the PA and modified by Israeli authorities for use in East Jerusalem schools. The research was initiated by the European Parliament upon requests by some members who had expressed concern about antisemitic and anti-peace contents found in the books by previous researchers, chiefly the teams of the Institute for Monitoring Peace And Cultural Tolerance in School Education (IMPACT-se) and me, through consecutive studies of these books from 2000 to 2020. The European Union financially supports both the PA and the United Nations Relief and Works Agency for the Palestine refugees (UNRWA) that uses these books as well, and it was necessary to ascertain the existence of such contents in the books prior to making further decisions [regarding continued support]. Having studied the attitude to the “Other” and to peace in various Middle Eastern curricula, including that of the PA, I was curious to look into GEI’s report. The following is my initial impressions of its findings…  Complete Impressions HERE