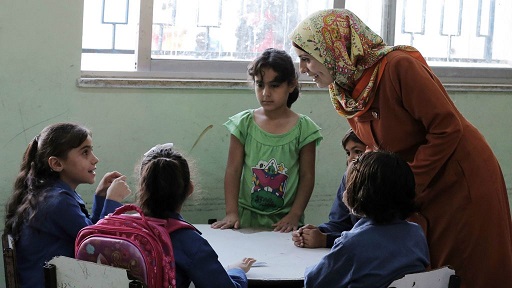 Every day, around 60 million children in the Middle East and North Africa region and between 200-300 million children in the Muslim world turn up to school. Over the last decades, these schools have taught a regular and unchanging diet of hatred towards Jews. The intensity has varied from country to country, but the central themes are consistent: the canards that Jews tried to kill the Prophet, that they control the global economy, media and politics. Anti-Jewish racism infected the Arab and Muslim world so successfully and so completely, that people from the region who hold tolerant, anti-racist attitudes to Jews are outliers. But it does not have to be this way. Research by IMPACT-se shows that there have been recent improvements in textbooks across the MENA region. In the UAE, Sheikh Mohammed bin Zayed bin Sultan Al Nahyan reformed the school curriculum that had been authored by the Muslim Brotherhood. It is now quite remarkably different, teaching tolerance and peacemaking. In Tunisia, textbooks educate about the importance of negotiations, peace, and respect for the Other. Complete Article  HERE

‘Lost Year’ for Education: Global Lessons on How Students Can Rebound

The Virus That Shut Down the World: Education in Crisis
Scroll to top