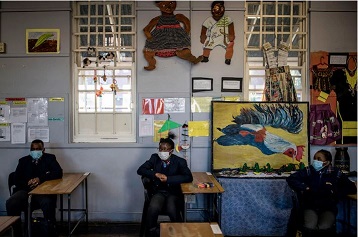 Well beyond a billion students were sent home from schools as the novel coronavirus spread around the world. In recent weeks, hundreds of millions were cleared to return, as countries began to reopen in fits and starts. By late March, less than two months after the confirmation of the first coronavirus cases outside China, more than 90 percent of the world’s students were already affected by school closures, according to estimates by the United Nations Educational, Scientific and Cultural Organization, known as UNESCO. Stuck at home for months, they found themselves part of a global web of hastily implemented experiments in home schooling, remote l earning and social distancing. At the height of such measures in April, nearly 1.6 billion students were affected, according to UNESCO, with 194 countrywide closures. As of June 5, more than 1.1 billion students remain affected — more than 64 percent of the world’s total, with 134 countrywide closures in place. Even in countries without school shutdowns enforced at the national level, disruptions to education remain widespread.  Complete Article HERE

Education is a Political and Ethical Matter