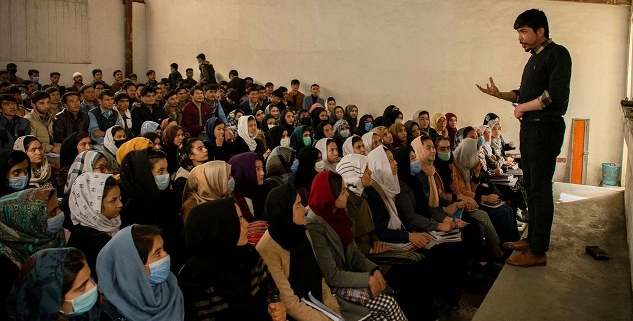 Two and a half years ago, a suicide bomber detonated an explosive vest during an algebra class at the Mawoud Academy tutoring center. At least 40 students, most from Afghanistan’s Hazara ethnic minority, died as they studied for college entrance exams. Najibullah Yousefi, a teacher who survived the August 2018 blast, moved with his students to a new location. He has a plan for the next suicide bomber. “I’m in front of the class and will get killed anyway,” Mr. Yousefi, 38, said. “So to protect my students, I will go and hug the attacker” to absorb the blast. Perhaps no other minority group faces a more harrowing future if the Taliban return to power as a result of negotiations with the Afghan government—especially if they don’t honor a pledge under a February 2020 agreement with the United States to cut ties with terror organizations such as the Islamic State. But even as the violence deters some students, many young Hazaras keep returning to classrooms. They have swept aside their fears and dread to pursue dreams of higher education in a country where attending class is an expression of faith amid a climate of terror. Complete Article HERE

Middle East Needs to Learn Lessons From the Holocaust