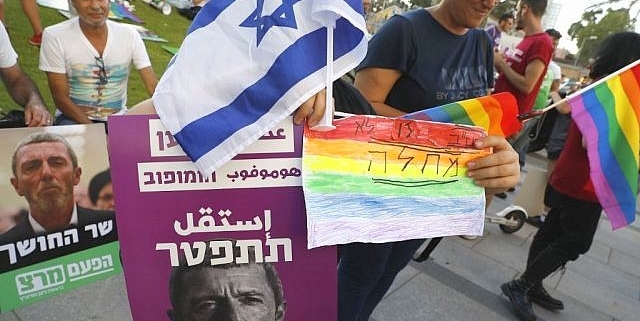 Thousands of teachers in Israel have signed a petition demanding that Education Minister Rafi Peretz be sacked for openly backing therapy aimed at converting gays to heterosexuality. Peretz, a rabbi who leads the Union of Right-Wing Parties, sparked an uproar after telling Channel 12 in an interview over the weekend that he supports conversion therapy and has been involved in it. His statement drew widespread criticism from across the political spectrum, protests and calls for him to be fired. Complete Article HERE

Peace is Not The Absence of War
Scroll to top