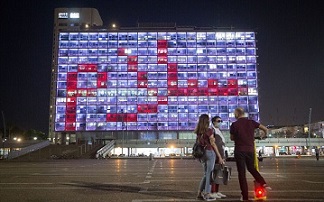 Early this year, an Arab lawmaker caused a stir by delivering a speech on the Knesset floor in Arabic. As Ra’am MK Walid Taha held forth on a controversial bill being considered, a right-wing parliamentarian assailed him, demanding that he speak Hebrew. Days later, another right-wing MK called for legislation mandating Hebrew in the plenum. In June, the issue reared its head again, nearly blowing a non-issue into a coalition crisis. Meretz MK Ghaida Rinawie Zoabi told an interviewer in Arabic that she and now-Prime Minister Yair Lapid had discussed issues she wanted resolved, but in a Hebrew tweet summarizing the interview, was misquoted as saying Lapid made her several controversial “promises.” Some reporters who relied on the Hebrew rather than the Arabic initially misquoted her, while others embarked on a wild goose chase as they tried to verify the comments or gather responses. The lack of Arabic comprehension in Israeli society is not limited to the Knesset or media, with few Jewish Israelis having more than rudimentary knowledge of the language. While some reformers have sought to make Arabic instruction mandatory in schools, students and others say even the classes that are being offered are not preparing students to be able to use the language outside of an academic setting. “We need to stop the oriental treatment of Arabic: Arabic is not a frozen language, it’s not the language of the enemy, it should be taught like French and English,” said Yoni Mendel, an Arabic scholar at Ben-Gurion University of the Negev who co-authored a 2020 report on the state of Arabic knowledge among Jewish Israelis for the Van Leer Institute in Jerusalem…  Complete Article  HERE

A Forgotten Generation: Syrian Children Dream of Education in Lebanon