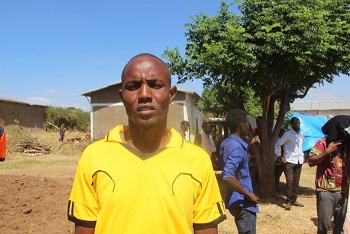 For Ethiopians like Ahmed, an eighth grader at Bilisuma Primary School, pursuing education in East Hararghe has been agonizing. An outbreak of violent conflict in 2016 led to the disruption of education and schools were damaged. “I have a very keen interest in finishing my studies. However, I was forced to stop for some time because of a conflict in my town. This created a gap in my academics. It was very frustrating,” Ahmed explained. “Every time it is deemed safe to return to school, I’ve already forgotten what I have learned before classes were interrupted.” East Hararghe Zone borders the Oromia and Somali regions of Ethiopia. A 25-kilometre drive off the main road here takes one to the even more remote district of Gursum, where there is little access to basic facilities. The community in this district witnessed inter-communal conflicts between 2016 and 2018, which destroyed what minimal facilities there were. Thousands of people were displaced as a result of the conflict while vital facilities such as schools and health posts were damaged. Ahmed is among the hundreds of students in Gursum District whose studies have been affected by these conflicts, one of many whose memories of the conflict still haunt….  Complete Article HERE