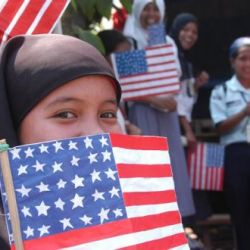 The report surveys Islamic Studies curricula studied in The United States and Canada. Four out of the five curricula are published in the United States; one is published in Saudi Arabia for teaching in North America. Other than the latter curriculum, our main conclusion overall is that Muslim education in North America includes many positive elements, is flexible and generally tolerant. They contain a clear “us versus them” paradigm that rejects materialism, secular or liberal Islam. The materials demonstrate a respect for Christians and Jews but show hostility to Israel and distort the Israeli-Palestinian conflict, including instances of erasing Israel from maps.