tbooks for 2021–22. The report found that the Qatar curriculum continues a trend of slow improvement since our reports in August 2020 and June 2021, by removing additional disturbing and unacceptable passages previously criticized in IMPACT-se’s reports. However, passages that demonize Jews, praise martyrdom, and blame holy faiths for corrupting holy texts remain. Although some changes are suggestive of positive movement, a great deal of improvement is necessary to align the curriculum with international standards of Peace and Tolerance.  Report 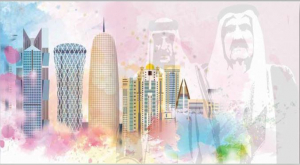 This IMPACT-se report continues to focus on Qatar’s school curriculum for grades 1–12. It has been updated in conjunction with the London-based think tank, Henry Jackson Society and a foreword by Dr. David Roberts of King’s College London. The study assesses over 314 textbooks, building upon previous IMPACT-se research within the prism of UNESCO standards and other UN and international declarations, recommendations and documents relating to education for peace and tolerance. Our review determined that the Qatari curriculum does not yet meet those international standards. As highlighted in the foreword, the curriculum reflects in many ways, the same overall tension facing Qatar’s leadership—between Qatar’s Islamist affinities and its desire to be seen as an open, neutral and progressive leader in the Arabian Gulf. Textbooks teach Qatari children to accept others different than themselves and advocate for peaceat the same time echoing antisemitic canards and reinforcing the Qatari regime’s support for Islamist terror organizations. While the curriculum emphasizes nationalist identities over tribal affiliations, it is also influenced by pan-Islamic and pan-Arab nationalism as well as elements of Salafism and the Muslim Brotherhood. Despite a slight movement away from radical jihadism, much remains. Nevertheless, Qatar’s curriculum remains heavily influenced by Western educatorsdisplaying the Qatari gift for embracing contradictions. 2021 Report 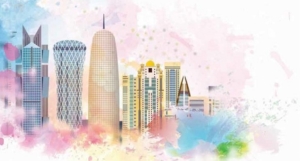 IMPACT-se’s interim review of 238 textbooks of the Qatari curriculum for the calendar years 2016-20, used international standards based on UNESCO and UN declarations and other recommendations and documents on education for peace and tolerance. The curriculum appears to be in in a change-mode, moving in a direction from jihadi radicalism toward open engagement with the world. While somewhat less radical than previous versions, the process of moderation is in its infancy. Some particularly offensive material has been removed after decades of radical propaganda in Qatari schools, but while heavily influenced by Western educators, serious issues remain regarding peace and tolerance.                           Interim Report   Exec Sum   Centrality of Antisemitism in the Qatari Curriculum   Problematic Content in the Qatari Curriculum_Selected Examples