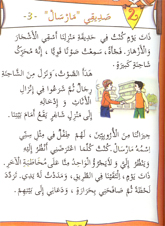 Peace and the “Other” in Tunisian Schoolbooks: A Concise Final Report
By IMPACT-se — November 2009

IMPACT-se has concluded a report on Tunisia’s schoolbooks. The results are extraordinary: following reforms of revolutionary proportions carried out by the Ministry of Education, the Tunisian schoolbooks, in stark contrast with most Middle Eastern curricula, emphasize the importance of tolerance, peace and dialog with the “other,” equality between all human groups, openness toward the “other” and its culture (that is, the West), use of religion for universal rapprochement, and restriction of the ideals of (militant) jihad and martyrdom to historical events. Thus, provided they apply the above tenants within the context of the Middle East conflict, the Tunisian schoolbooks may serve as a model for Arab and Muslim countries regarding the attitude toward the “other” and to peace. A concise report has been compiled from the full report, which will be available here soon.