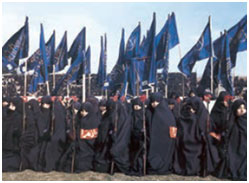 Unlike political and diplomatic declarations that are often propagated for diverse audiences and interests, education provides a clearer indicator of a country’s direction. Schoolbooks are measures of a society; one educates children in one’s own language and shares with them a worldview and cultural and moral values.

The Iranian education curriculum includes a long list of troubling features. It speaks defense, but often means aggression and hate. It teaches love and intimate relations with God, but manipulates students’ deepest emotions—toward martyrdom, self-sacrifice, jihad war and blind obedience to the all-powerful Supreme Leader. It nurtures Imperial Dreams based on a radical religious ideology and an essentialist-racial worldview predicated on Aryan-Persian superiority. It encourages dissimulation and nurtures fantasies such as paranormal powers of the leadership — all to prepare for the imminent apocalyptic final battle against the “oppressors of the world.” 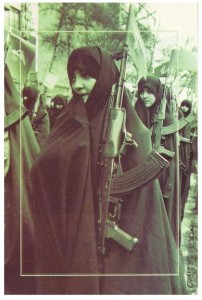 Special thanks to the Harold Grinspoon Foundation for enabling us to distribute the full report.