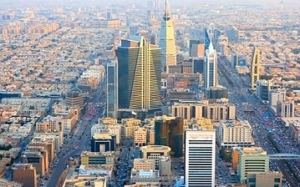 IMPACT-se has released its 2022 annual update on Saudi textbooks, depicting an overall trend of improvement following major reforms since 2020. Whereas only a decade ago, focus was put on encouraging students to prepare for jihad and martyrdom, the majority of references to violent jihad justifying and praising violence and murder on behalf of the Prophet Muhammad have now been removed from the textbooks. And while some problematic content such as negative depictions of Jews, Zionism and Christians remain or have even been made worse, others, particularly instances of the kind of antisemitism based on modern European tropes, have largely been removed.   2022 Review 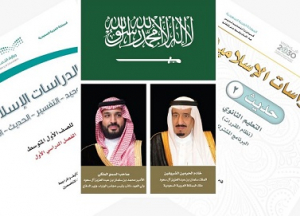 IMPACT-se — September 2021
This latest IMPACT-se report on the Saudi Curriculum shows further dramatic improvements to Saudi Arabia’s school textbooks, continuing the significant changes seen in mid-2020 and documented in IMPACT-se’s last Saudi textbook report. Over the last year, textbooks have been moderated in several key areas. The greatest changes have been made to lessons dealing with Jews, Christians, non-believers, and violent jihad; twenty-eight lessons featuring demonization of the Other and religious intolerance were removed or heavily modified. While problematic material remains in Saudi textbooks, these represent profound changes in these categories.  Report 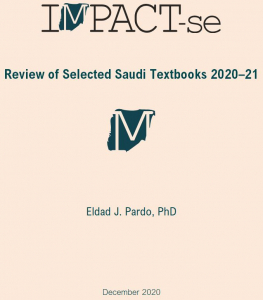 IMPACT-se — December 2020
This follow-up report of Saudi 2020-21 textbooks by IMPACT-se shows that while many problematic examples have been removed from the curriculum, some still remain. The removal of the problematic content however, should certainly be seen as a significant improvement and an encouraging development, representing a step toward moderation. Our sense is that the Saudi kingdom, along with some other countries in the region, is gradually moving in a direction that could bring it in line with UNESCO-derived standards of peace and tolerance—contingent on whether the remaining issues are addressed.  Report

The Winding Road to a New Identity: Saudi Arabian Curriculum 2016-19 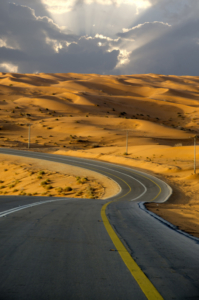 This interim report on Saudi Arabia’s national curriculum covers 2016-19 textbooks, analyzed by IMPACT-se according to UNESCO-derived standards of peace and tolerance. The Saudi curriculum, at this stage, should be viewed as a reflection of the efforts being made to transform an exclusively traditionalist Islamic society into one that incorporates more Western economic values and its pre-Islamic heritage. However, while the curriculum tries to evolve with such inherent contradictory elements, the radical orthodoxy of the Wahhabis remains dominant. The narrowing of the gap between the kingdom’s modernization goals and their practical application—both within the curriculum and throughout Saudi society—is in the beginning stages of a work in progress. Interim Report  Executive Summary

The Saudi Arabian school curriculum has recently been at the eye of a media storm due to the controversy surrounding the Islamic Saudi Academy in Virginia, and the pledge made by the Saudi government in 2006 to remove texts promoting intolerance, hatred and extremism from its curriculum by the beginning of the 2008-2009 school year. In July, IMPACT-se completed an update on its 2003 report on the Saudi curriculum. Its findings are striking: Significant progress has yet to be made, in stark contrast with the Arabian kingdom’s effort to present itself as a leading moderate power in the Middle East and the proponent of the 2002 Arab peace initiative. 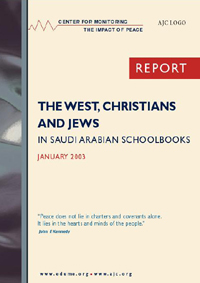 The West, Christians and Jews in Saudi Arabian Schoolbooks
By IMPACT-se — January 2003

This report, undertaken with the cooperation of the American Jewish Committee, presents the official Saudi worldview, to which school students, between the ages of 6 and 16, are exposed.