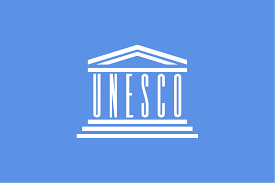 It is a great pleasure to write Impact’s first blog on the new site. The organization was initially set up with the limited objective of monitoring whether the 1993 Oslo Accord between Israel and the Palestinian Authority was being supported by a positive change in the education of Palestinian children, namely promoting mutual acceptance, mutual recognition, reconciliation and peace between the two peoples.

Sadly, the results with regard to the PA school curricula and textbooks were unacceptable. As regards Israeli textbooks, though by no means perfect, there were more positive and encouraging results. Unfortunately, but predictably, this led to accusations of our being biased.

Although we believe our methodology was systematic (covering all textbooks) and fair (applying the same criteria to determine how each side portrayed the other), we decided that we needed to clarify and institutionalize our methodology by basing it on UNESCO’s resolutions related to the promotion of tolerance and peace through education.

Since 1998, we have been engaged in the research of school textbooks, teacher’s guides and curricula that are used by the Palestinian Authority, Israel, Syria, Saudi Arabia, Egypt, Iran, Tunisia and throughout North America.

Our reports have been used by members of the US Congress, the EU Parliament and the Israeli Knesset to demand or facilitate changes in the curricula and textbooks of countries which violate existing international standards and to allocate (or withhold) funds accordingly.

There have been moments where we succeeded in bringing about improvements. Our initial report on PA schoolbooks (1998) was instrumental in the creation of a Trilateral Committee (US, Palestinian and Israeli) against incitement through the 1998 Wye Plantation Agreement. Our report on Saudi Arabia (2003) elicited both a vehement denial from the kingdom’s curricula authorities along with a claim that Saudi schoolbooks were already being expurgated (which occurred only slightly several years later). A 2005 update on PA schoolbooks was instrumental in the removal of the faked anti-Semitic “Protocols of the Elders of Zion.”

Today, we must build on these and other successes to bring about major systemic changes in school education with regard to promoting tolerance, respect of the Other and a culture of peace.

Unfortunately, progress has often been hampered for various reasons, both by those responsible for education in some countries, as well as by international agencies in charge of promoting tolerance, mutual respect, decency and peace between peoples and nations. In this respect, they often remain reluctant or unable to address these issues and to follow or ensure compliance with their own guidelines—sometimes even supporting contradictory principles.

For instance, in April 1969, the 82nd General Session of UNESCO deliberately ignored the report of a committee of three experts (including one from Turkey)—set up by UNESCO itself—to review the school textbooks used in UNRWA refugees camps in Lebanon, Jordan, the West Bank and Gaza; their recommendations to remove seventeen books and modify sixty-five of 130 books were ignored.

More recently, in 2010, UNESCO supported a PA demand to declare Rachel’s Tomb in Bethlehem to be the Bilal ibn Rabah Mosque, despite it being universally known as a Jewish religious site. In a 1996 PA schoolbook, it was still called Rachel’s Tomb. Instead of supporting historical accuracy and promoting respect and tolerance of a religion’s holy place, UNESCO exhibited a lack of respect for a site with great historical and religious significance, particularly for Jewish women.

Another stumbling block has been our inability to communicate efficiently and to adequately disseminate our findings; with a new administration in place—including a new Board chair, CEO and the support of an enlarged Board—we feel assured to address such previous limitations, while continuing the high quality of IMPACT-SE research.

This central issue of promoting tolerance, mutual respect, decency and a culture of peace through school education is not at all confined to the Israel-Palestinian or Israeli Arab conflict. It is also a worldwide problem sharpened by the rise of nationalism, on-going clashes between democratic and non-democratic states and the spread of radical Islamism that aims to replace the culture of tolerance and peace with intolerance, war and terror.

IMPACT-SE is a pioneer in the field of textbook analysis, portraying how different nations educate their children about the Other, including other religions, societies and cultures, and also about democratic values.

One of our major goals is to pinpoint the processes that foster the radicalization of children and youth—the most vulnerable members of society—to prevent their radicalization and to guide them to be firm supporters of a culture of tolerance, mutual respect and peace.

We are dedicated to peacemaking between peoples and nations by encouraging the acceptance of others, while rejecting violence to resolve conflicts. Still, we are but one institute, and to carry out our mission we need the active involvement of civil societies at large to turn education for tolerance, respect, decency and peace into reality.